4 Ways to Create a Bedroom in a Studio Apartment

A studio apartment is an open concept design, perfect for one person, or a couple living together, but sometimes it’s nice to have a slight separation between the bedroom and the kitchen or living room. Here are 4 ways to create a bedroom in a studio apartment.

Creating a division between your bedroom and the rest of a studio apartment can be as simple as purchasing a couple of temporary room dividers. Setting them up in a straight line between the living space and the bedroom will provide a separation and make your studio apartment feel more like a one bedroom apartment. As an extra bonus, if you ever decide you want to make your apartment open concept again, they can be folded up for easy storage. 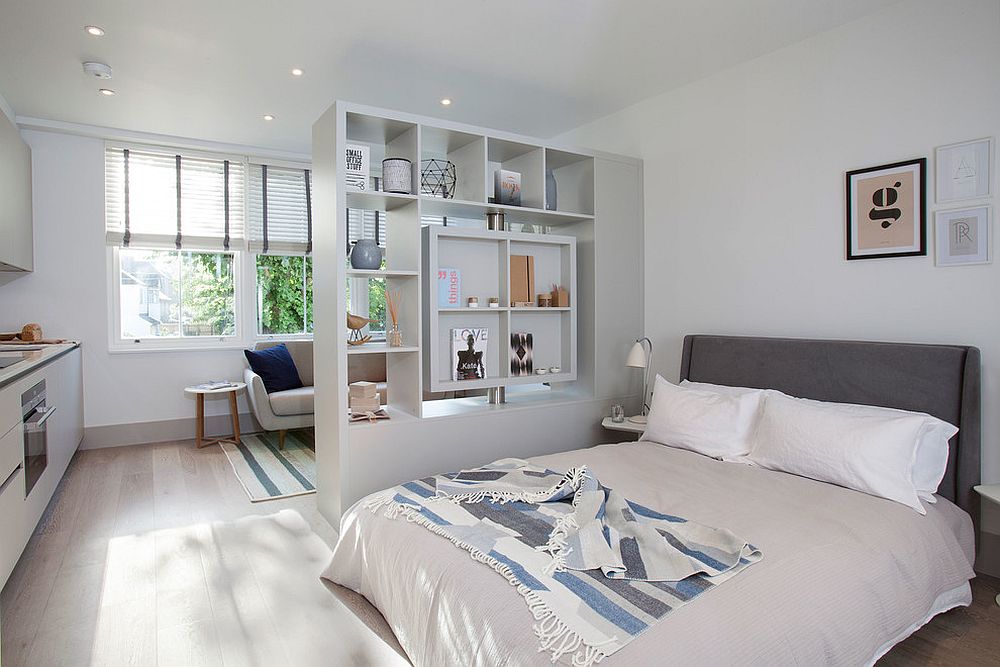 A practical and useful way to divide your studio apartment is to use a large shelving unit. The open space between your bedroom and living area will prevent the it from feeling too closed off, but it will still provide you with a division between the two rooms. Shelving units are also the perfect way to create a separation, because they also provide a space for you to store items like books and photos. 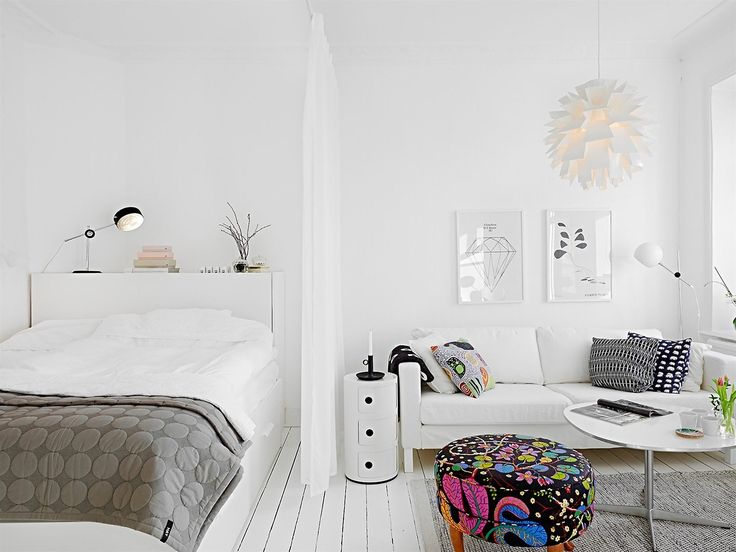 Instantly freshen up your apartment and create a division between the living area and bedroom by installing a sheer panel curtain. The wispy nature of the curtain will give your apartment a chic Bohemian look, while providing you with the perfect way to separate your private space from your shared space. An advantage to using a curtain is that if you ever want to revert to the open concept of your studio apartment, all you have to do is open the curtain. Add an extra element of greenery to your apartment, while creating that division between your living space and bedroom by making a room divider out of plants. Vine plants attached to strings that are strategically placed can create a visually appealing way to create a separate space for your bedroom. The greenery will not only function as a room divider, but it will also brighten your place up, and give your apartment a calm, comforting atmosphere. If you have a green thumb, and would prefer a plant that also provides edibles for yourself, try using a bean plant. The vines will have the same effect, and you will have fresh beans to eat, without having to go to the grocery store.

CONNECT WITH US ON SOCIAL MEDIA

Compare
You can only compare 4 properties, any new property added will replace the first one from the comparison.

Owning a home is a keystone of wealth… both financial affluence and emotional security.